OTTAWA, ON, Jan. 20, 2023 /PRNewswire/ — The Royal Canadian Mint is honoured to have won Coin of the Year Awards in two of the 10 categories in which mints from around the world compete for recognition in the most coveted awards program for excellence in coin design and manufacturing.  The 2021 $20 Fine Silver Coin – Black and Gold: The Grey Wolf was named “Best Crown”, while the Mint’s first coloured 10-cent circulation coin issued in 2021 to celebrate the 100th anniversary of Bluenose was crowned “Best Circulation” coin. 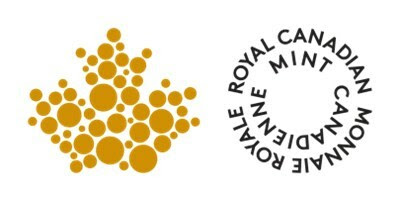 “The Mint is passionate about finding new ways to showcase Canada on coins that represent the highest levels of craftsmanship, design and innovation,” said Marie Lemay, President and CEO of the Royal Canadian Mint. “To win not only one, but two Coin of the Year Awards in the same year is an amazing recognition that our coins are indeed best-in-class, and admired by collectors around the world.”

Artist Claude Thivierge captures the feared and admired personality of a top Canadian predator in a yin and yang portrayal, rendered in contrasting gold and black rhodium plating, on the 2021 $20 Fine Silver Coin – Black and Gold: The Grey Wolf. Though human encroachment has reduced its habitat, the majestic grey wolf still thrives in hierarchical packs of six or eight animals in less settled parts of Canada, from Labrador to British Columbia, as well as Yukon and the Northwest Territories.

Bluenose’s 100th anniversary in 2021 gave the Mint the opportunity to celebrate in style. We re-imagined the Bluenose design with the help of Nova Scotia marine artist Yves Bérubé and added colour to our smallest circulating coin for the very first time. A peerless maritime icon built in Lunenburg, Nova Scotia, Bluenose was a hard-working fishing schooner whose racing proficiency in the International Fishermen’s Race was unrivalled for nearly two decades. It remains, to this day, a testament to the ingenuity, craftsmanship and exceptional skill of the Canadians who designed, built and crewed it.

The annual Coin of the Year competition receives nominations from an international consortium of mint representatives and numismatists. The judging is conducted by an international panel of the world’s leading mint officials, medalists, journalists, central bank and museum officials. The winners were selected from among 100 finalists spanning ten categories.

Images of the Mint’s newest award-winning coins can be found here .

About the Royal Canadian Mint
The Royal Canadian Mint is the Crown corporation responsible for the minting and distribution of Canada’s circulation coins. The Mint is recognized as one of the largest and most versatile mints in the world, offering a wide range of specialized, high quality coinage products and related services on an international scale. For more information on the Mint, its products and services, visit www.mint.ca.  Follow the Mint on Twitter, Facebook and Instagram.