–        Expected to promote the expansion of exports from Asia to the US and Europe.

SEOUL, South Korea, June 7, 2022 /PRNewswire/ — NEWONE S&T Co., Ltd., a technology venture company, announced that it had acquired Certification of Aviation Security Equipment Performance from the Ministry of Land, Infrastructure, and Transport for the first time in Korea. 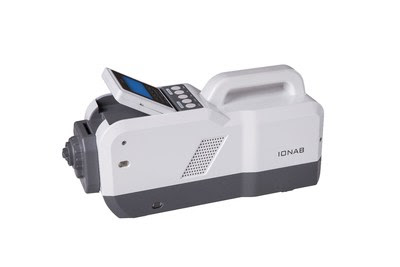 Only about five countries, including the US and the UK, have succeeded in producing and certifying explosives and drug trace detection equipment ahead of Korea. This is even more impressive when considering the current situation. The government of Korea is promoting the competitiveness of domestic equipment and expanding the overseas market at a government-wide level to capture the aviation security market, which shows great growth trends but has a high barrier to entry. IONAB from NEWONE S&T Co., Ltd. is an illustrative case

IONAB has been supplied to countries and agencies all over the world in the past 5 years, including the Department of Narcotics Control in Bangladesh, the Ministry of Public Security for Yunnan Province in China, and the Government of Warak Province in Malaysia. IONAB also has been put to use in high-risk spaces and large numbers of international events that have a greater need to more accurately detect dangerous substances such as the Pyeongchang Olympics, the Gwangju World Swimming Championships, and Ultra Korea 2019.

IONAB needs only 5 seconds to detect dangerous substances and maximizes user convenience with its portable size of only 3.8kg (excluding external battery) in weight and 40cm in length. It also includes an LCD tilting function. Its robust battery also lasts up to 6 hours.

According to NEWONE S&T, thanks to the use of non-radioactive sources, IONAB could help to reduce the risk of radioactive isotopes, the burdens of employing radiation safety managers, and the extreme costs of radioactive equipment disposal.

“With this acquisition of certification, it is expected to gain momentum not only in Korea but also in the expansion of export channels around the world,” said Park Jin-young, CEO of NEWONE S&T Co., Ltd.