– Israel’s Minister of Science, Technology and Innovation spoke about the two countries’ complementary strengths at the closing ceremony

CASABLANCA, Morocco, May 27, 2022 /PRNewswire/ — A new era of Israel-Morocco Business ties has launched following the successful “Morocco-Israel Connect to Innovate” conference which took place in Casablanca this week. The event, co-organised by Start-Up Nation Central, a non-profit organization that promotes Israeli innovation around the world and Morocco’s CPR, brought together government officials and 250 business leaders from the two countries and focused on ways to collaborate in the agrifood-tech, watertech, energy, logistics, and human capital sectors. These are areas of focus in H.M. King Mohamed VI’s multi-year economic and social roadmap, The New Development Model. 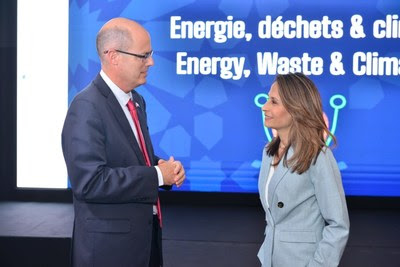 “Let us join forces and connect to innovate, to give a chance for peace for the sake of our children and the safety of all,” H.E. Mr. Andre Azoulay, Advisor to King Mohammed VI said.

“There is great potential for Israel’s high-tech industry in the Kingdom of Morocco, in the fields of water desalination and other water technologies, renewable energy, agriculture, sustainability, and more,” said Minister Farkash- Hacohen. “The strengths of the Israeli innovation industry have complimentary business opportunities in Morocco. We will continue to support the maximization of the economic potential between Morocco and Israel. There is a lot to aspire to.”

“The last three days here in Casablanca have proven that there is a genuine desire by government leaders and business people from both Israel and Morocco to work together and form meaningful business partnerships. By bringing together 250 senior members of the public and private sector for a series of constructive meetings and engaging sessions, we have entered a new era in binational relations, one founded on innovation,” Start-Up Nation Central CEO Avi Hasson said. “In less than 24 hours since the conclusion of the conference, we have already seen new collaborations and deals made as a result of Israeli and Moroccan business people meeting at the event. There will be additional significant deals announced in the weeks to come, including the launch of many partnerships to solve the two nations’ human capital challenges. On behalf of our team, I would like to thank the Moroccan government and all our partners in the Connect to Innovate conference. The historic event marked the start of our shared innovation journey. But this is only the beginning.”

Binational business ties, slow to form following the signing of the normalization agreement and renewed diplomatic relations in late 2020, received a boost during the conference with the signing of a series of commercial agreements and MOUs that paved the way for more robust relations going forward. What emerged from the many discussions was that Israel and Morocco share many of the same challenges, particularly when it comes to tackling the climate crisis and both its immediate and longer-term ramifications and the understanding that it is a challenge that cuts across all industries that demands solutions from multiple disciplines that must also stem from cross-border collaborations. Israel, with more than 700 climate-tech companies, and Morocco, with its leading position in the field of alternative energy, and particularly solar technology, are well-positioned to tackle the challenge through joint initiatives that will aid not only the people of the MENA region but all over the globe.

About Start-Up Nation Central: Start-Up Nation Central is a non-profit organization that connects Israeli innovation to the world in order to help international entities solve global challenges. Immersed in the Israeli technology ecosystem, we provide a platform that nurtures business growth and generates partnerships with corporations, governments, investors, and NGOs to strengthen Israel’s economy and society. For more information, visit: https://startupnationcentral.org/

Click here  for the full list of partners and innovative companies who took part in the conference.