LOS ANGELES, Jan. 31, 2022 /PRNewswire/ — Starring, co-written and produced by Los Angeles-based model and actress Berite Labelle, the short film Time Is Eternal is the debut production for Labelle in collaboration with filmmaker Daniel Lir. Lir co-wrote the script and co-directed the short with his wife and business partner, Bayou Bennett through Dream Team Directors. 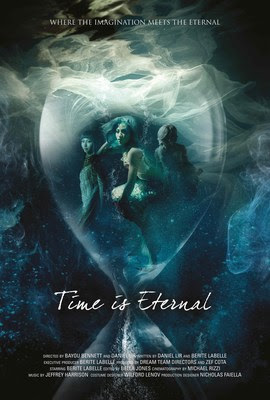 The 15-minute film takes you inside the mind of a renowned female writer in present-day Los Angeles, who is penning her latest novel, which imagines the fictional meeting of two legendary women. Cleopatra VIII, queen of Egypt during the first century B.C., comes face to face with the English writer-women’s rights activist Mary Wollstonecraft, also the mother of Frankenstein author Mary Shelley. A powerful ode to female strength, the film chronicles a soulful discussion between these two trailblazers. Both known as lovers and as warriors for a cause, the fighter and the writer contemplate their differing approaches to leadership, culminating in a shared passion that intertwines eternally.

Labelle deftly champions four roles in her debut film—playing the writer, Cleopatra, Wollstonecraft, and a mermaid, who symbolizes swimming through another dimension in time.

Since October 2021, Labelle has covered four international editions of Vogue, Glamour and Harper’s Bazaar as well as Bold magazine. She is currently pursuing an Associate of Fine Arts (AFA) degree in Acting for Film at the New York Film Academy in Los Angeles. 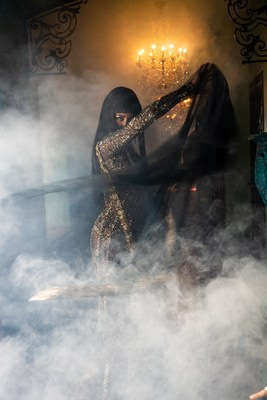 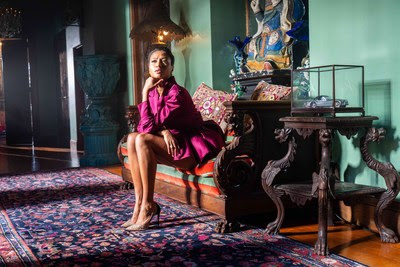